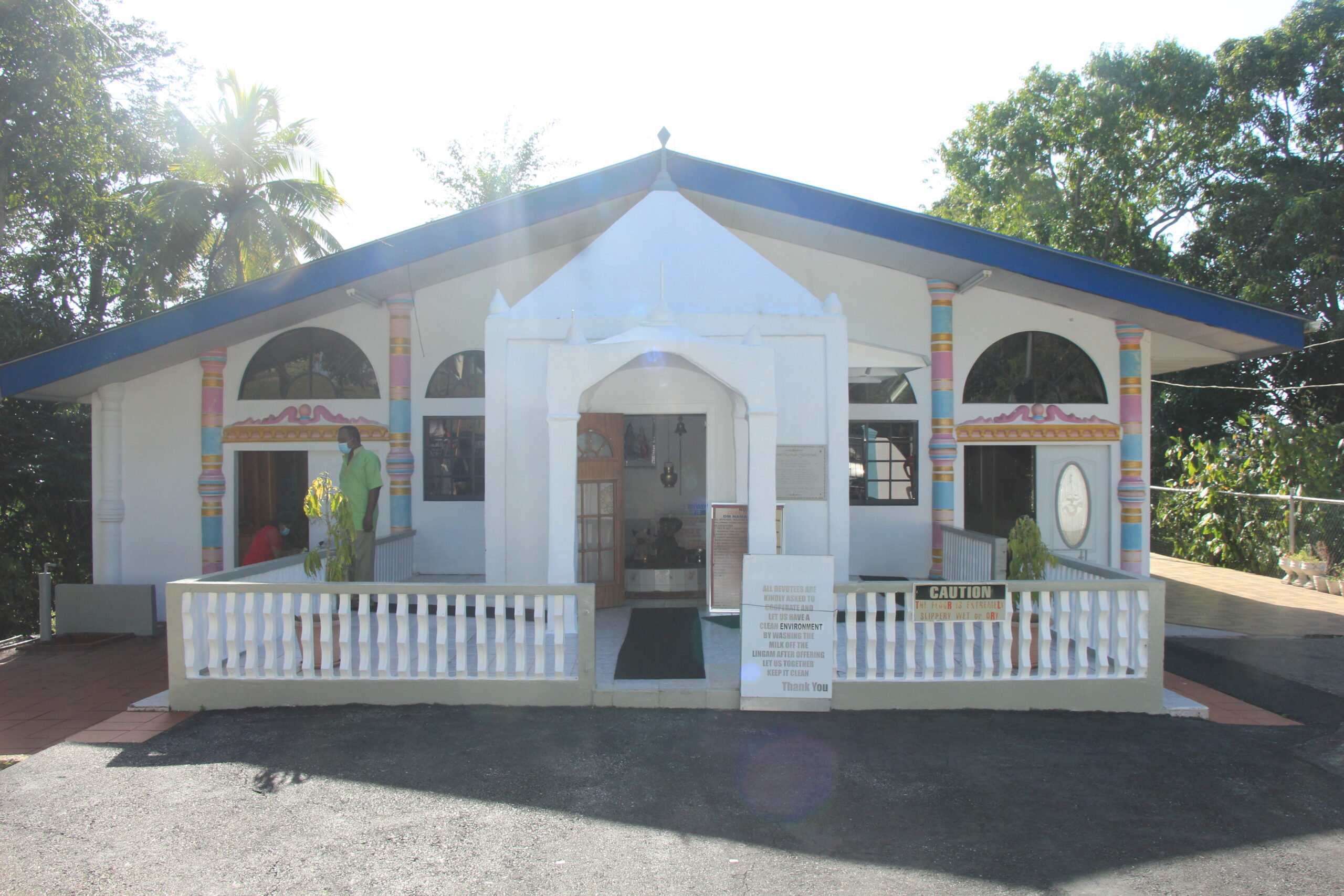 This Shiva Lingam is one of the Svayambhu Lingas (self manifested) that exist in the small island of Trinidad and Tobago.”The story of Patiram Trace, perhaps one of the earliest places of pilgrimage is the story of the Nancoo family, of a cutlass that struck a stone from which milk flowed, a stone that has grown and is worshipped as a lingam, worship which has blessed many a life, caused many a miracle, created much happiness.  View Some More Photos Via Google Maps

According to local people about a century ago, a man was hired to clean the bush on top of the hill on the outskirts of Penal. After clearing some bush, he tried to sharpen his sword on a stone protruding on hill.

Suddenly, the stone chipped and milk flowed from the stone. Some people also say that blood flowed from it. After the incident the man lost his eyesight.

But he realized the power existing there and soon a small Shiva shrine was erected and he took care of the divine Shivling. Being blind he could not take care of the lingam properly and the man prayed to Shiva to have his eyes restored.

It is said that soon he got back his sight and devoted his entire life to the care of temple. Now, his family members are the custodians of the temple.