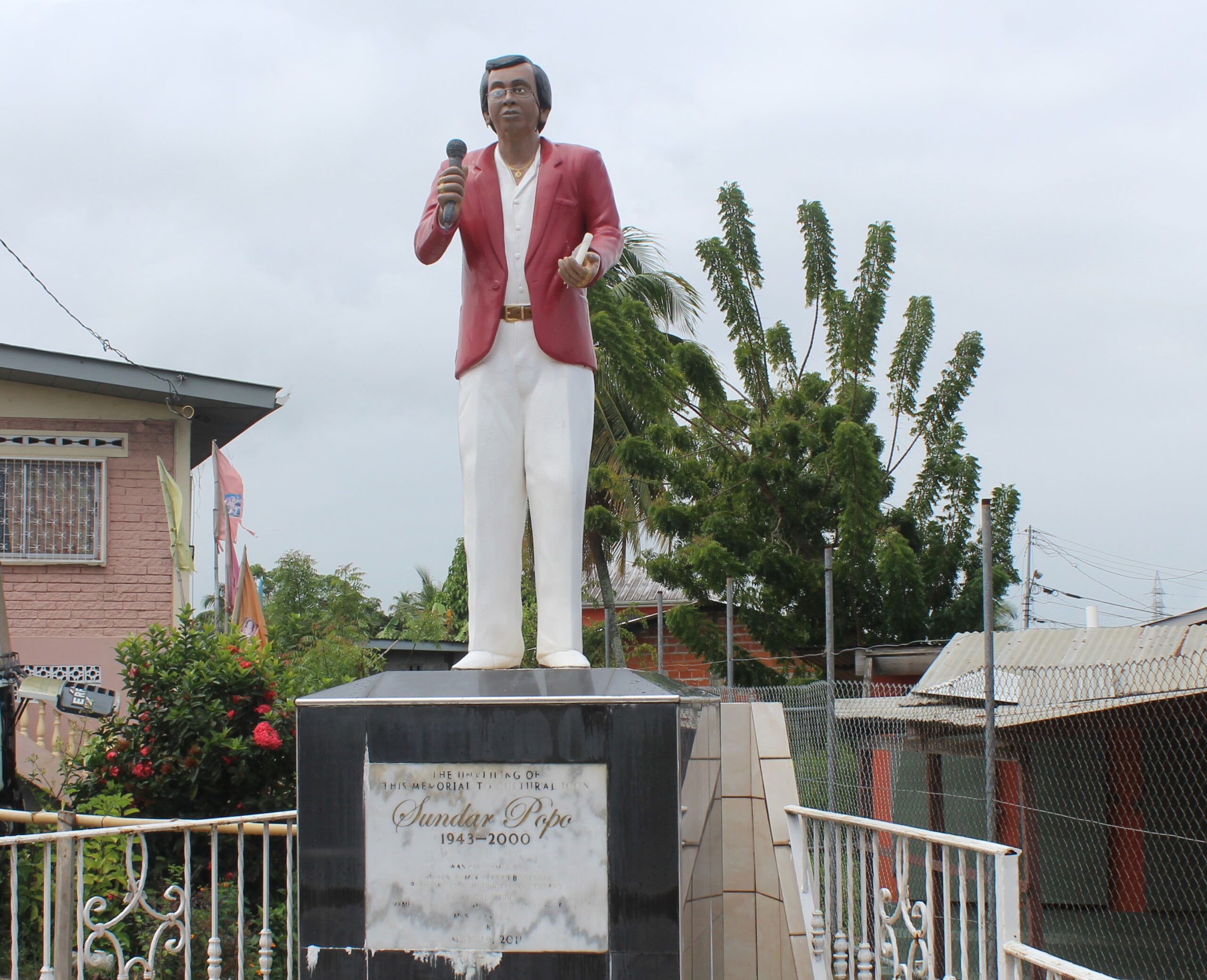 Sundar Popo Bahora was born on November 4th 1943 in Barrackpore, Trinidad. He is credited as being the father of chutney music in Trinidad and Tobago. At the age of 15, Sundar Popo began singing bhajans at mandirs and weddings in his hometown of Barrackpore. In 1969, he met Moean Mohammed who listened to “Nani and Nana”, a song describing the affairs of an Indian maternal grandmother (Nani) and grandfather (Nana). This song transformed Indo-Trinidadian music as we know it today.

After the success of “Nani and Nana”, Sundar Popo followed with more than 15 albums combining lyrics in both Trinidadian Hindustani and Trinidadian English.

Popo was bestowed numerous awards during his career including the National Award for Excellence, Top Indian vocalist in 1988, and the King of Chutney in South Florida, United States in 1993. At the National Awards of the Republic of Trinidad and Tobago in 1993, he was also awarded the National Hummingbird Medal (silver). The Hummingbird Medal is awarded to persons in the private or public sector, who have rendered loyal and devoted service in their respective fields, for the benefit or prestige of the community, or Trinidad and Tobago.

Due to ill health and failing eyesight, Popo was forced to slow down his frequent perfomances and recording.  He passed away at his home in Lalbeharry Trace, Monkey Town on May 2nd 2000.

This statue Sundar Popo was unveiled by the then Prime Minister, The Honorable Mrs Kamla Persad-Bissessar on the May 29th 2011 to honour the memory and legacy of Sundar Popo.

Mr Roodal Moonilal, Member of Parliament for the area, said in an interview,

“We were trying to find the best place and (it is) Debe junction because of the enormous amount of thoroughfare during the week… Also Debe junction has become more like a tourist attraction now. People from aboard, when they come to Trinidad and Tobago, and returning residents as well, come to Debe junction. They come for the cuisine and recreational purposes.”