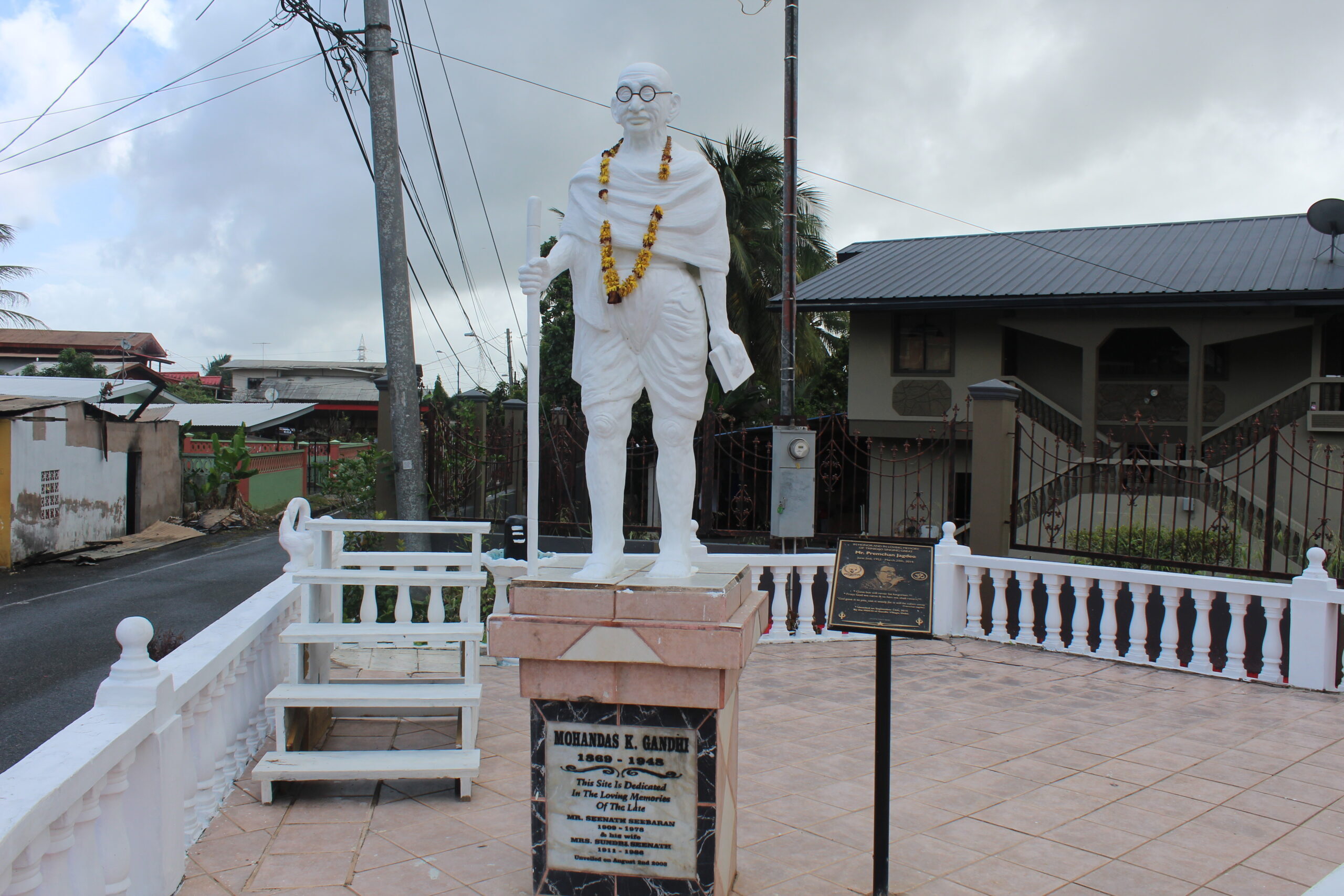 Mr. Bobby Seenath Founder and Chief Executive Officer of the Mahatma Gandhi Charitable Organisation came up with the idea to construct the statue.  The statue of the late Mahatma Gandhi was erected in 2003 in Gandhi Village which was previously named Cooliewood. On a visit to the village in 1958 by then-chief minister Dr Eric Williams, he had ordered that the name Cooliewood be changed to Gandhi Village. Gandhi was a late freedom fighter Mohandas Karamchand Gandhi, more commonly known as ‘Mahatma’ (meaning ‘Great Soul’). He was the pre-eminent political and spiritual leader of India during the Indian independence movement. One of his most popular quotes are “You must be the change you wish to see in the world”. Gandhi Village is also known for its spectacular light up of deyas with beautiful bamboo designs at Divali time being that most of the population are Hindus.