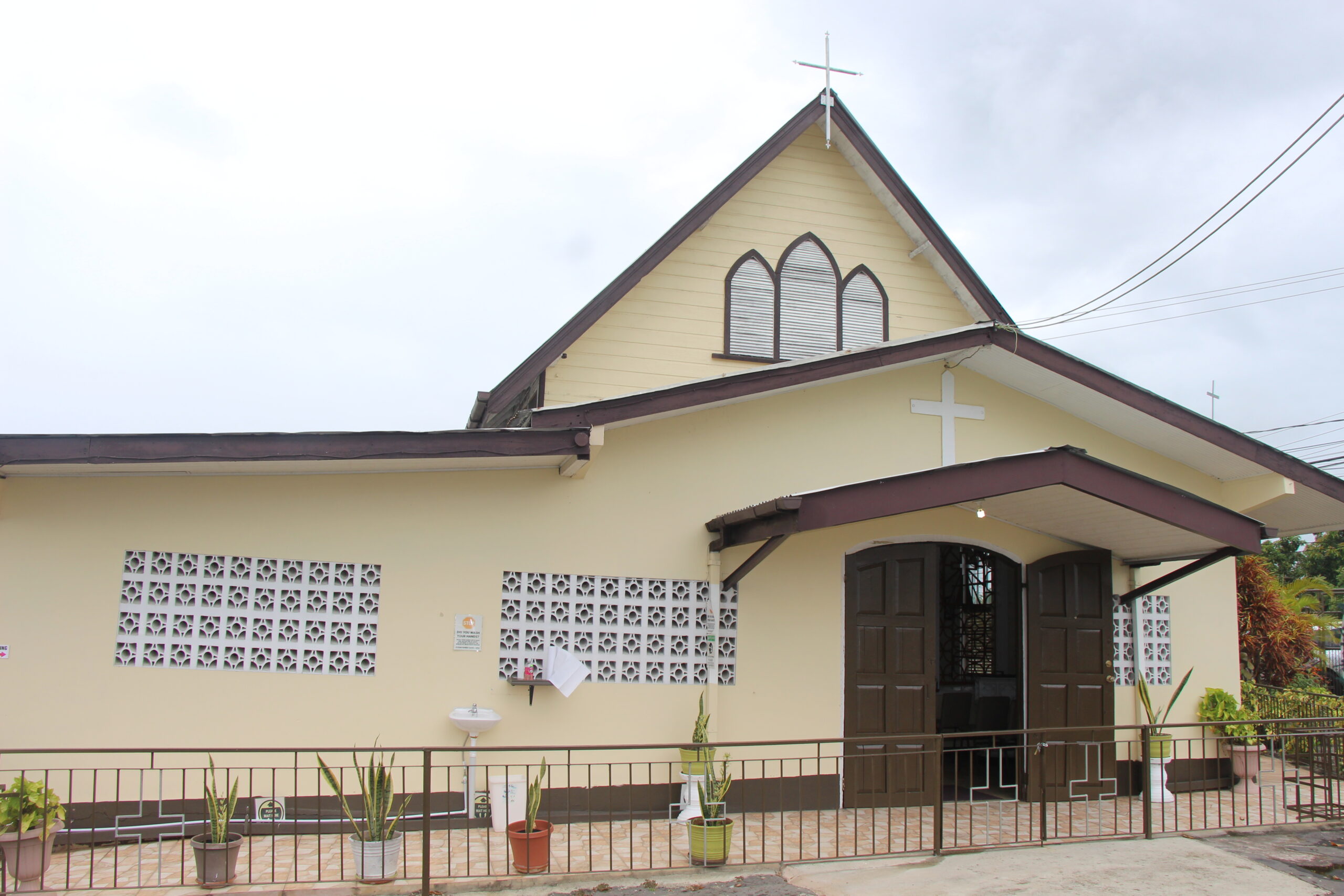 St Luke’s Anglican Church is located in Golconda in the suburbs of San Fernando and forms a part of our country’s colonial history. Popularly known today as ‘the Church around the curve’ it is situated on Cipero Road. The Church served the religious needs of officials and their families mainly from England who were residents of and employed by the surrounding sugar cane estates; Golconda, Esperance, Diamond and Borde Narve.

The following is an excerpt from an article written by Historian Louis B Homer on April 3rd 2011 for the Express Newspaper describing the beginnings of the St Luke’s Anglican Church :

His subjects were African slaves, and when they were emancipated, laborers from India were brought to save the kingdom from economic collapse. In 2003, the rule of sugar came to an end with the closure of the industry, on the grounds that it was no longer profitable to grow sugar cane and produce sugar for the world market.

Over 8,000 workers went on the breadline. Left to decay were the well-built structures of the sugar industry, and the villages created from the fortunes of sugar. One such village was Borde Narve in south Naparima, where for years sugarcane plantations dominated the skyline.

The farmers lived at Borde Narve and estate workers at Bronte. Bronte Estate was a product of the 1783 Cedula of Population, which allowed French nationals to own property under favorable terms. Later on the estate was owned by Gordon Grant and Co Ltd, then Tate and Lyle and finally Caroni (1975) Ltd.

Among those living at Borde Narve in the 19th century were Barbadian nationals. They were hired by the estates to replace the East Indian laborers who were dissatisfied with the working conditions and who had taken industrial action. Most of them were members of the Church of England. As a religious community, they built a church at nearby Golconda and named it St Luke’s Anglican Church.”

The initial structure was constructed using imported pitch pine, which has stood the test of time. All of the Church exterior façade and architecture has been retained despite its’ recent modernizations and restoration. Its’ altar, pews and pulpit have been rebuilt with teak wood. Ceiling fans and a modesty piece have also been added. The original Baptismal font is still present. This Church an example of a beautifully restored piece of history. The current church grounds boasts of a mini pond which contains shy koi fishes. There is also a garden area.

According to an 1850 cadastral sheet, a plot of land comprising 14,679 square feet was donated by L. FC. C. Johnston on which the Chapel and its facilities were built. However, according to other records, the present St. Lukes’s Church was built and established in 1884. However, the cemetery adjacent contains a sophisticated red marble tombstone that predates the above by fifty years, 1834, suggesting that a ceremonial facility of equal significance and grandeur would have been required for the funeral of such an important individual. It is believed that the St Luke’s Anglican Church would have been in existence since the 1830’s.

In the year 2011, St Luke’s was nominated by the national Trust of Trinidad and Tobago for the Heritage Preservation Award in the category “Best Historic Restoration Project Small”.